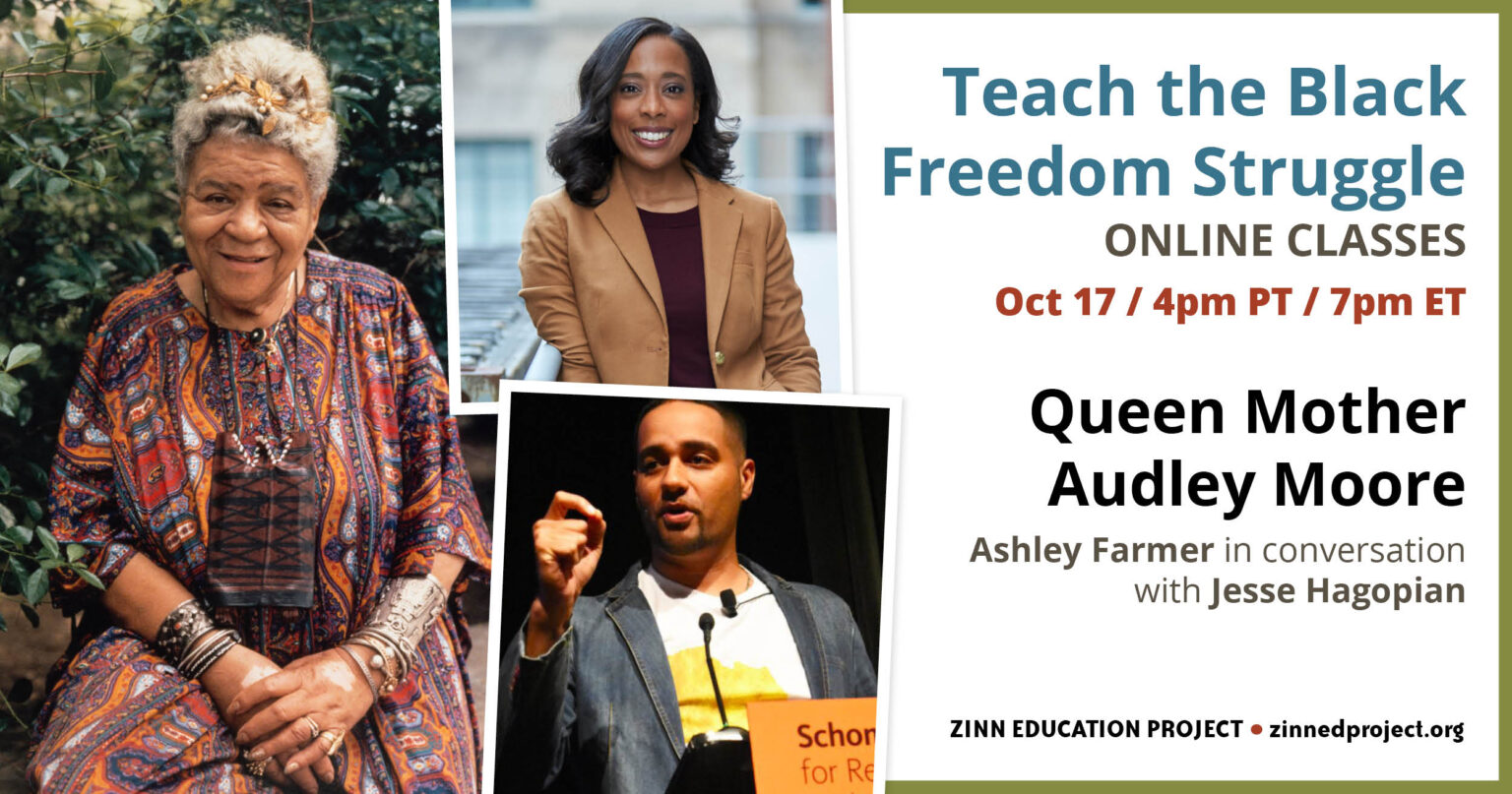 Ashley Farmer will discuss Queen Mother Audley Moore (1898 – 1997), one of the most influential activists and thinkers of the 20th century. Moore was an important progenitor of Black Nationalist thought and activism.

Ashley Farmer is an associate professor in the Departments of History and African and African Diaspora Studies at the University of Texas at Austin. Her book, Remaking Black Power: How Black Women Transformed an Era, is a comprehensive study of Black women’s intellectual production and activism in the Black Power era. She is also the co-editor of New Perspectives on the Black Intellectual Tradition, an anthology that examines central themes within the Black intellectual tradition. Her next book is Queen Mother Audley Moore: Mother of Black Nationalism.

Interested in learning more about the Teaching for Black Lives
campaign or supporting our work? Let us know.